Had to get that out of the way first. But yeah! Broly, the Legendary Super Saiyan, from the identically titled (non-canon) DBZ film, is the main event in a new Dragon Ball Super movie!


Now this film is different than the DBZ movies out there, which were little side-adventures that didn't actually matter in the main plot of the show. In fact, you couldn't even really place them in the timeline of the show, they just had ideas and villains that sometimes worked out to be really cool and sometimes did not. Broly was one of these, featured, oddly enough, in three movies, The Legendary Super Saiyan, Broly - Second Coming, and Bio-Broly. However, this new film, simply titled Broly, is actually considered canon in Dragon Ball, like Battle of Gods and Resurrection F. So what that means is for the first time, Broly is a real part of the story of Dragon Ball. Honestly, I'm jazzed about it.

The thing about Broly in his movies is that he was almost entirely one-note. See, when he was a baby, he got put in a nursing pod right next to baby Goku, who cried incessantly no matter what anyone did. Somehow, this became a crucial part of Broly's psyche, so when he sees Goku, he loses all reason and becomes an unstoppable killing machine. And that's about it. He screams "KAKAROT" all the time and has a green aura instead of yellow.

Despite all that against Broly, I actually kinda like him. I always liked his design, maybe it's just because he's a tip-top beefcake maxed out buffways, but he had a look of incredible power you just don't usually get from DBZ villains. The weird green Super Saiyan transformation he had lended a lot of mystery to him, like this was an entirely different level from any other Super Saiyan we'd seen. Obviously his characterization was a bit lacking, but these films were more or less just extended fight scenes to begin with.

The real question is: What's going on in this film? From what I can tell, it looks like there's more Saiyans who survived the destruction of Planet Vegeta, and they come to Earth and fight. You really shouldn't expect much more than that for a Dragon Ball movie. But! From certain shots, it seems like there's going to be some flashbacks to Planet Vegeta before it was destroyed, with hopefully a new origin for Broly. 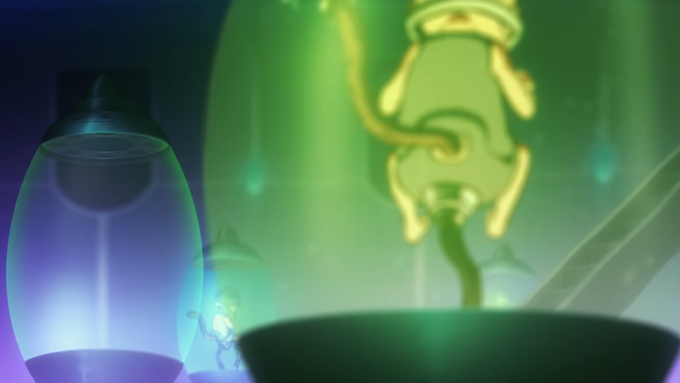 There's babies in tanks there, possibly alluding to some kind of genetic modification program to create the ultimate Saiyan. That could explain Broly's immense power and green Super Saiyan, which seems only less ridiculous now that Super Saiyan Blue exists. I'm always excited to see more adult Saiyans, firstly because they still have tails, which are rad, and secondly they won't have designs like fucking Cabba. 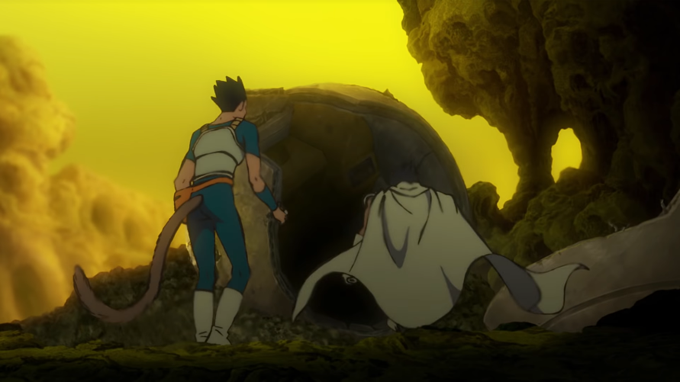 On that point, Broly's design for the movie looks pretty good. They swapped out his shirtless look for some new battle armor, and instead of the red sash he's got some green fur-looking garment, and some purple pants. For most of the trailer he's not even Super Saiyan, which is kind of nice since that's the only way he's ever been portrayed since his first movie. In the initial shot of Broly, he's got a device around his neck, possibly another power limiter like he had in his original movie. That seems pretty likely, since he doesn't wear one once he's Super Saiyan. 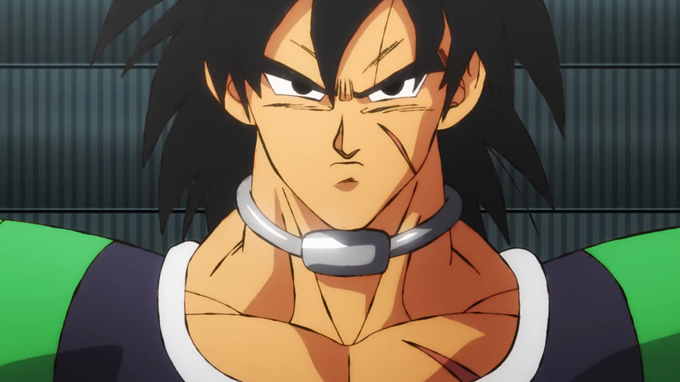 So this trailer brings up a lot of questions in only a minute and a half. Will Broly have a tail? Will we see any Great Apes in this movie? Why does Kale have a similar transformation? What's Frieza doing there? It's too early to tell yet, but I think I'm letting myself get too hyped, especially after the tensionless trifle that was Resurrection F. Ah well. Gotta be excited for something.