So I recently saw Captain America: Civil War, and I could do my usual review thingy, but I know you don't want that. What you really want is my detailed analysis on Spider-Man as he appeared in the film, and subsequently how he'll be in the Marvel Cinematic Universe. Don't worry man, I got you. (Mild spoilers, I guess.) 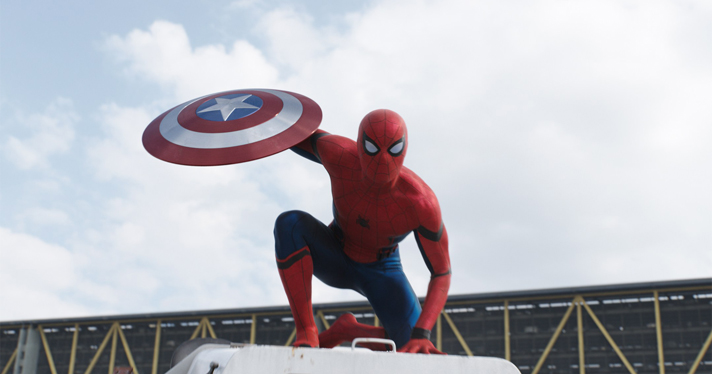 He was introduced to the movie right before the big battle scene, and he clearly stole the show. Every time he was shown onscreen, it was either something dynamic and interesting to see with his powers, or easily the funniest line in the movie. He even-- Wait, wait, no. That wasn't Spider-Man, that was Ant Man.

Spider-Man was just kinda there.

Yeah, it was kind of cool that Spider-Man was finally a part of the cinematic universe, but he didn't really do a whole lot. His jokes were okay, and he used a lot of webs, so I guess that's fine. The problem is, I forgot he existed every time Ant Man was onscreen, and I hadn't even seen the Ant Man movie yet!

I guess the problem is, Spider-Man was just Iron Man's lackey. Tony orders him in, he fights a bit, Tony calls him off. I suppose I was expecting a defection towards Cap's side or something, a la original Civil War. It doesn't help that he only fought because Iron Man essentially blackmailed him into it. Especially with recent news that Robert Downey Jr. is going to appear in Spider-Man's next live action film, I'm not too sure I like where that's going.

That said, it's not as if there was nothing to like. The costume design wasn't bad, though it certainly wasn't as interesting to look at as the first Amazing Spider-Man one. I like the dilating eyes, which they explained by Peter having some sort of super-senses. I think that might mean he doesn't have a spider-sense, like Spider-Man 2099. It's not completely ruled out, and I'm still hoping for a Spider-Man movie with actual spider-sense. They went with mechanical webshooters like Amazing Spider-Man, and I'm one of those people who was kind of creeped out by the organic ones, so that's good.

I'm still undecided on Tom Holland, the new actor for Peter Parker. He didn't do a bad job here, there just wasn't a whole lot of him. Aunt May was disconcertingly hot, which I guess the filmmakers realized because they had Iron Man comment on it.

So currently, I don't see anything that foretells ruin on the horizon for Spider-Man's solo movie, but we really don't have much to go on. It could go either way. In any case, I'm more eagerly anticipating the animated Spider-Man one written by the guys that made Lego Movie. Yeah, it's happening!
Posted by Walter Sojda at 6:27 PM No comments:

Remember the good old days, before whatever crazy idea the writers could come up with would instantly become canon, only to be retconned away with the next crossover event? Before every minor character had to take on the name and persona of the main superhero for at least a year? It was a magical time, where those concepts wouldn't languish in the main title until you were sick to death of Happy Hogan trying to be Daredevil. Instead, they had a fancy concept called the 'What If?" It was an issue, maybe a couple, laying out the alternate story, resolving it quickly, and you could say, "Oh that was cool." and move on with your life. The best part was how off-the-wall these things could get, and it didn't matter!

Here we got two of my favorite What-Ifs, both of them from Spider-Man, big surprise.


Comic Review: What If Venom Possessed the Punisher 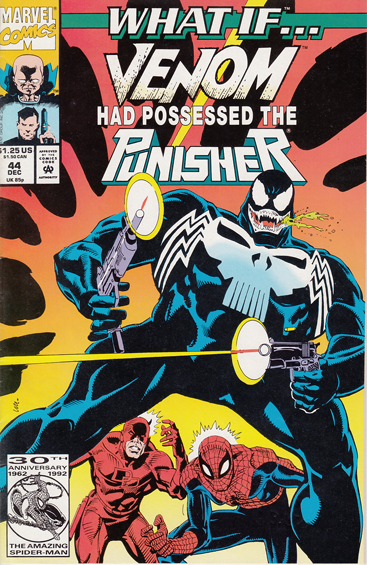 So this begins at the famous church, where Spider-Man rips the symbiote from his body, ending its hold on his soul. But instead of Eddie Brock that night, Frank Castle beat him to the punch. Frank, instead of reacting like any normal person would to being possessed by an alien, decides it must be a SHIELD weapon and, without hesitation, starts killing criminals. 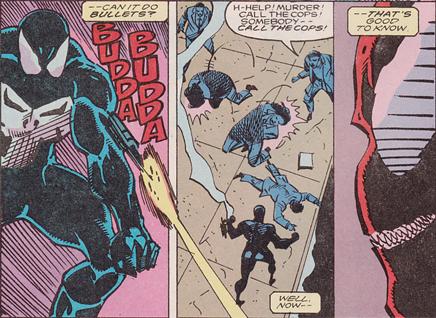 A LOT of criminals.

Some time later, an old lady sees Spider-Man, dressed in the cloth version of the black suit, and freaks the hell out. At the same time, Daredevil can somehow tell the Punisher from his heartbeat, and also discern that he's got something wrong with him. Spider-Man swings by the old belltower, and just so happens to run into the Punisher there. They fight and... it doesn't go well. 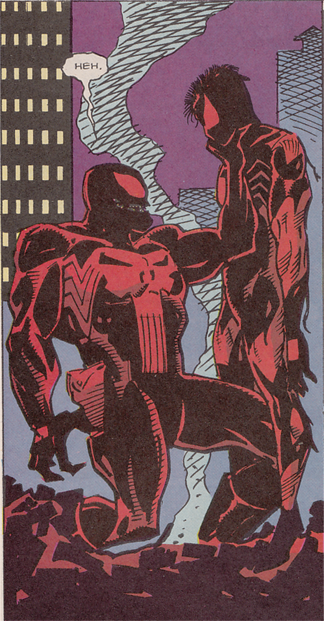 After switching costumes, Spider-Man visits the Baxter Building to borrow some kind of sonic gun from the Fantastic 4, while Microchip gives Frank the whole, "You've changed, MAN" speech, which instead of calming him down makes him freak out and go kill a bunch of people. Including, this time, Kingpin. After killing probably everyone in every crime family in New York, Punisher targets the more subtle crimes. 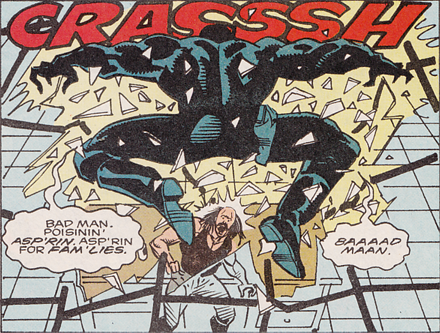 After this they all somehow wind up back at the old belltower, with Spider-Man, Daredevil and, for some reason, Moon Knight ready to take on the Punisher. Predictably, it goes as well as the last time. Spider-Man finally uses his sonic science gun, which manages to snap Frank out of his vocabulary reducing madness. This leads to Frank having a BATTLE INSIDE THE MIND. 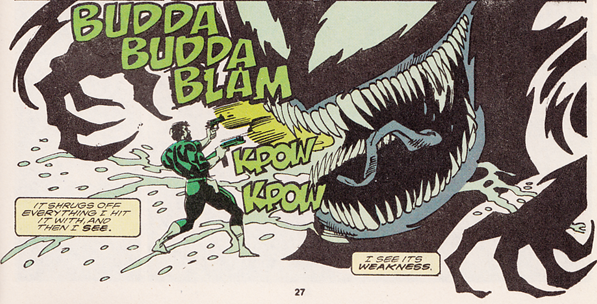 So Frank conquers the symbiote and tames its anger, ending all crime in the world through sheer murder.

Next up, the best goddamn thing ever.


Comic Review: What If Spider-Man Had Kept His Six Arms? 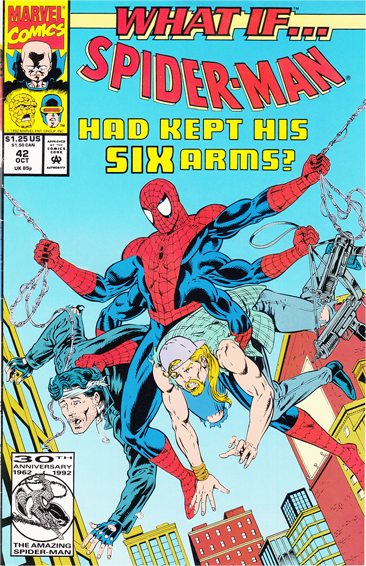 Now, what you should know is that Six-Armed Spider-Man is objectively the best Spider-Man, hands down, no contest. Originally, Peter extracted some enzyme from Morbius, the living vampire to fix his amazing mutation. What happened in this timeline?

Since, uh, that hit a dead end, Peter Parker tries to get help from his friend Curt Conners, also known as The Lizard. It's not going well. 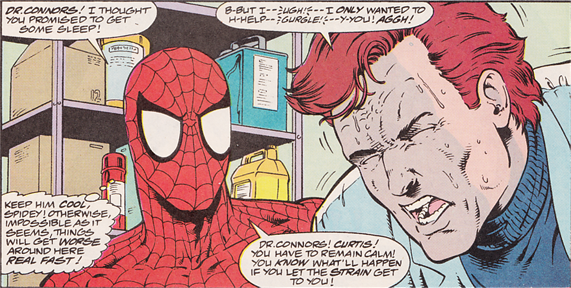 I know it looks like he's just dealing with a killer hangover, but for real, he immediately becomes so frustrated he turns into the Lizard. I'm serious! 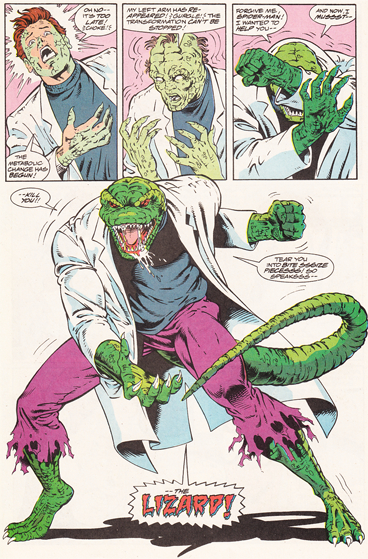 Jesus man, you couldn't keep your shit together for one minute? Do you ever make it through tax season without wrecking your entire house??

So Spider-Man subdues Curt and whips up a quick antidote. Conners' anti-anxiety medication isn't coming in any time soon, so he sends Spider-Man to Professor X of the X-Men, a supposed expert in mutation. After fighting his way through to the X-Mansion, Spider-Man has a long talk with Xavier, and the prognosis is bad.

I, uh, I think you might have that backwards there, Spider-Man. Really? A cripple? How is he disabled? If anything, he's EXTRA-abled! He does, in fact, have more ability than a normal person! Xavier tries to inspire Peter by comparing him to such people as Franklin Delano Roosevelt and Helen Keller. Am... am I the only one who's not connecting those dots?

Spider-Man's next stop is the Baxter building, as it usually is, but Professor Reed doesn't have any better news for him. Peter's only recourse is to avoid everyone in his life forever, but luckily Doctor Octopus his holding some hostages, so Spider-Man releases some anger and beats the shit out of him with his extra four arms. Some time passes, and Reed comes to Spider-Man with some exciting news. 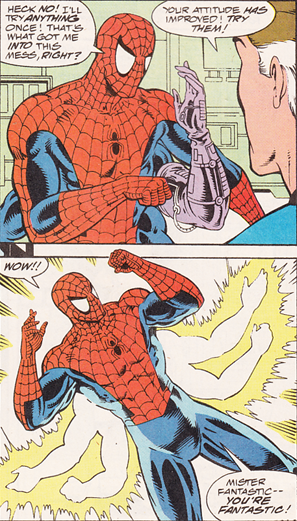 After this is a little montage, where Spider-Man mourns his Aunt May's passing, resolves that he'll never be with Gwen Stacy, and becomes the greatest superhero in the world. He even-- Wait, what?? 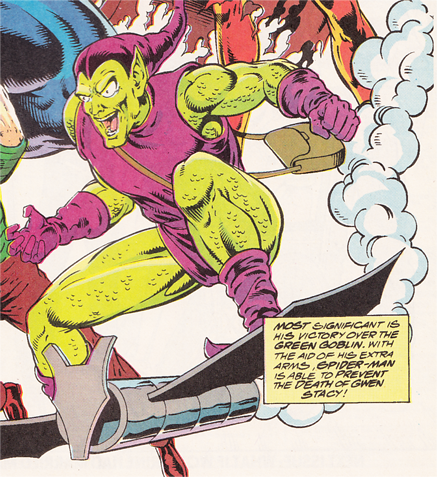 So you're telling me Spider-Man avoided the greatest tragedy he's ever endured, saving the love of his life from what, in nearly every other instance, was certain death, but you expect me to believe that he's disabled. No yeah, that's about right. 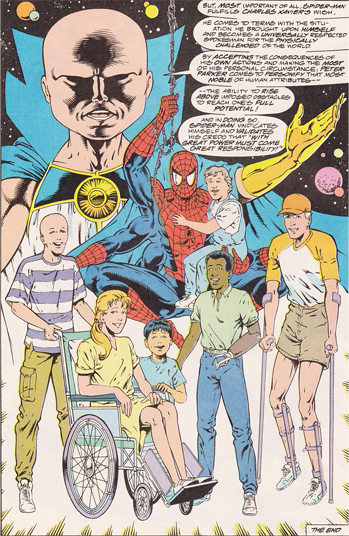 HOW AM I THE ONLY ONE WHO SEES SOMETHING WRONG WITH THIS???
Posted by Walter Sojda at 4:35 PM No comments: