When Geoff John's took up writing GL, he streamlined it a bit, making sweeping retcons to hopefully make the story make sense to newcomers, and added the emotional spectrum, different color Lanterns that ran off other "emotions" like Hope and Rage. Though I can't be sure if this increased the overall popularity of Green Lantern, at the very least it provided substantial merchandising opportunities.

At any rate, in 2011, they made the movie. They had big hopes for this movie (though now we know better) and decided to make an animated series to further capitalize on the movie's assured future success. Bruce Timm, the legend responsible for Batman the Animated series and the two Justice Leagues, and Giancarlo Volpe produced the series.

I'm going to be honest, I didn't think it was going to be any good. I saw production shots and parts of the first episode and decided it was too kiddy. CGI instead of a nice traditional animation? Laaaaame. It ran for one season and got cancelled, but only once it got put on Netflix did I finally watch it. This happens a lot. Let's just say I was pleasantly surprised. 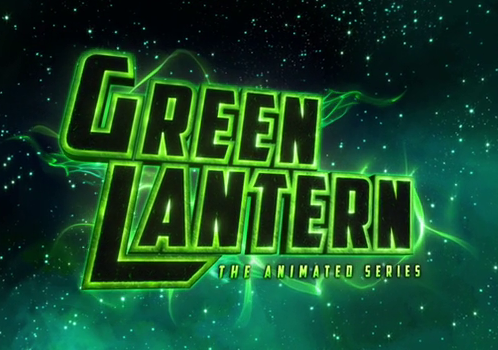 
This show is pretty damn good. Good for a lot of reasons. Not the least of which is the characters. We got the usual Green Lanterns, like Hal Jordan and Kilowog, the Guardians, and Red Lanterns as the villians. What shines in this show are the original characters, Razer and Aya.

Being that they're the only ones not based on the comic, the writers could explore their characters more and create actual development. Razer starts as what seems like a recurring villain, but joins up with the crew and becomes a regular character. His arc deals with loss and despair, in a way you're not used to seeing on a cartoon. (Unless we're talking Avatar, but come on.)  Aya is the usual AI Gains Feelings type of thing, which I found a little annoying in the beginning. However, they take it to some different places and she makes a nice addition to the cast. She's where the series takes a real departure from comic-canon, which leads me to my other segment.

The series shines in its story. It's Green Lantern but simplified without a lot of the confusing elements that end up being a part of the essential story over its 50+ year history. See, I still hold that the New 52 reboot thing of DC Comics was a bad idea, but maybe it could've been useful for some characters. Not Batman, because everybody knows what's going on with him. Green Lantern had a lot to gain from some continuity pruning. Geoff Johns started that, what with Green Lantern: First Flight, but he took stuff that already happened and tried to force it into his new ideas and make it make sense. I mean, just look up The Predator for god's sake. It makes no goddamn sense!

Green Lantern starts over, more or less, and begins with the introduction of the Red Lanterns, branching out from there. We get a nice simple starting point and the weird stuff is explained to us by them explaining it to the robot. Green Lantern fans can spot the story elements as they appear, but new fans get introduced to them slowly, save for a few exceptions. Normally I'm the last guy who cares how "accessible" a comic character is, but damn could GL use it. The first half of the season goes through the Red Lantern story, bringing it (sort of) to a conclusion. The second half is where things get really interesting, when they introduce the Anti-Monitor.


There's not a whole lot I dislike about this show, but it's there. The first thing is the steampunk episode. 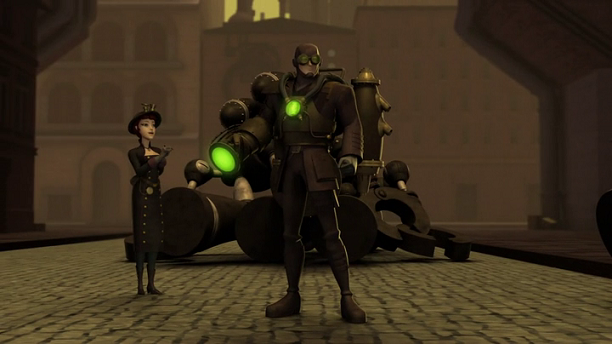 Okay, maybe it's just me. I hate steampunk. If you convincingly build a world around it, maybe it's okay, but this is a sci-fi show. Don't dump me in an episode where everyone is vaguely British and wear top hats with cogs on them.

Then there's the Zamarons. (not to be confused with Tamaraneans or Pomeranians) 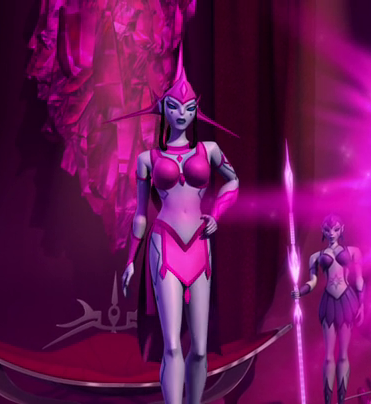 They're counterparts to the Guardians, but they think emotions are fine, so of course they must be entirely female and hate men. No wait, they need men because they suck the life out of them for eternity. (That's no Star Sapphire, THAT'S MY WIFE! OOOOOOOO) But seriously, they're introduced out of nowhere and are just... weird. Exclusively female, evil undertones, very scantily clad. Considering the changes made to the other Emotional Rangers, I'm confounded at how much they kept intact from the comics on these guys. I dunno man, I just don't get it.

Another problem, oddly enough, is the comic characters. Not Razer and Aya, they're fine, I mean Hal and Kilowog. They don't really get much development as the series goes on. Sure, Kilowog gets along with Razer more, but apart from that, there's not much difference between the main GL's in the beginning to the end. Hal's a generally good guy who bends the rules a bit to do the right thing, while Kilowog is by the book, but tends to use a brute force approach.

All in all, the gripes are pretty minor compared to all the good the show has to offer. If it was so great, you may ask, why was it cancelled? In short, toy sales. The Green Lantern movie was both this animated series' boon and doom. See, that film was a horrible flop, but they sort of already did the toy deals so you had tons of green see-through plastic lining every aisle of Toys R Uses across the nation. Because of that, nobody wanted to make the toys for GL:TAS, and that's the only reason anybody agrees to fund any of these stupid cartoons. So yeah, without the toy deals, the whole thing went down the toilet.

It's a shame, really. This cartoon had a nice visual style, a good sense of action, and the writing was excellent. The stories were built up organically and you can see the seeds of future developments if you look closely enough. The show had genuine emotion, you could tell the creators deeply cared about making something worthwhile. So yeah, if you haven't watched it yet, please do. I promise you won't be disappointed. It's on the Netflix, so marathon to your heart's content. Hoping my toy line pulls through, this is the W Defender!
Posted by Walter Sojda at 8:41 PM