Happiness. So ephemeral, so illusory. Can we obtain it? If we seek it, will it remain beyond our grasp? What brings it about, and how can we keep what we've attained? We've pondered these questions for all of human history, and they've been addressed by something not nearly up to the task. Trolls. 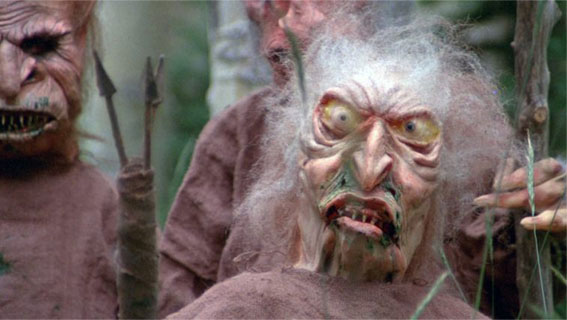 No, not that one. 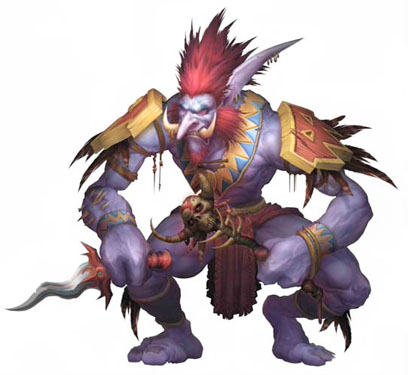 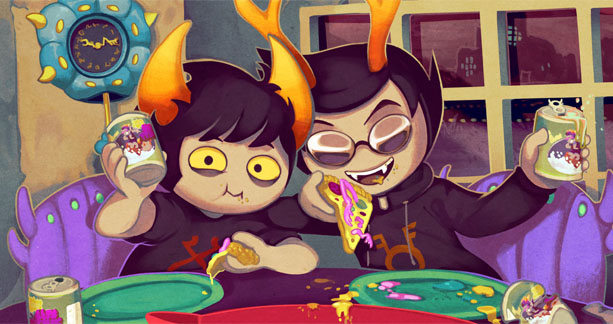 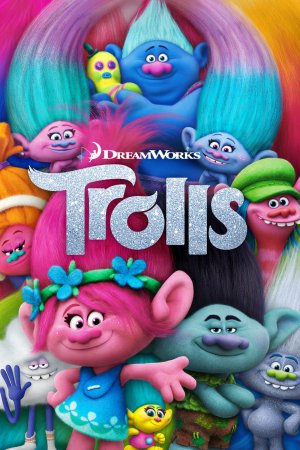 In Trolls, there are two races of being. The eponymous Trolls, small annoying creatures who love to hug and dance and all that shit, and the Bergen, big hulking ugly humanoids that have one trait in common: They are all depressed. They remain listless, apathetic, and emotionally destitute for their entire lives, save for one possible treatment. Eating a Troll.

The Bergen hold an annual holiday where they harvest Trolls from the Troll Tree in the middle of town, each Bergen eats a Troll, and they temporarily quench the harrowing despair. They depend upon this to keep their community alive. Well, at least it seems like they would have to. In the events of the film, all the Trolls breach a dangerous escape from Bergentown, and for twenty years not one Bergen eats a Troll.

Miraculously, they've not all killed themselves. In fact, things seem to be going pretty well as far as a clinically depressed town goes. It looks like they all got jobs, and there's kids around, so something must be working out. I guess they haven't created alcohol yet. Hope surges through the town when their exiled cook finds the Troll village and brings some back. Trollstice begins anew!

There sets off the events of the film, where two Trolls have to get into Bergentown and save the rest, they meet some Bergen, and teach them all something surprising. See, in two occasions, Bergen feel happiness without ingesting a Troll. In one, the King Bergen goes on a date with the chambermaid, who is helped by the escaped Trolls. They have a fun time dancing around and rollerskating, not realizing until later that they even experienced joy. The second instance comes at the end of the film, where Poppy, the Troll Princess, explains that happiness isn't found in something outside, but inside each and everyone one of you. All you gotta do is dance. And that's it. They all start dancing and the ending of the film implies everyone will be happy forever now.

I found something odd, though. How is it that no Bergen ever tried to dance during the twenty year absence of the Trolls? They had a roller rink, how did that not do the trick? I mean, there's children, so obviously Bergen relationships still occurred, but nobody admitted to being happy. On the one hand, it's possible they were so misled by the notion that only Trolls could bring happiness that they discounted any positive feelings as something aside from True Happiness. But something else stands out.

During every single instance of a Bergen feeling joy, there is a Troll present. During the King's date, Trolls were on the head of his disguised chambermaid, and he had one in a pendant around his neck. The cook only felt happy once she had captured some Trolls and had them in her fannypack. At the end, their dance is only jubilant because the Trolls had escaped their pot and were frolicking about their banquet hall.

Not once does a Bergen display happiness without a Troll on their person or around them. We were taught one thing in the beginning of the film, and it remains true: A Bergen cannot be happy without a Troll. What the Bergen got wrong was that they would have to eat said Troll to experience the psychological effects, while the Trolls, being almost entirely unfamiliar with sadness of any kind, think it's all in their heads.

The Trolls mistake their general disposition to be universal, that what makes them happy must make all delighted. And perhaps, for that one night, the Bergen were happy. But all pleasures must have a cost. One can live in a state of subdued misery for years at a time and become accustomed to it, but the real trial is when happiness is thrust suddenly into one's life, and quickly taken away again. If the Trolls no longer live in Bergentown after the end of the film, the Bergen will go far lower than their previous state of depression, because they knew bliss, it seemed within their grasp, and they will have no idea why it has gone. As a species, suffering is their lot, and it seems they will always return to it. What the film lead you to believe was a happy ending was, in fact, the beginning of a long, desperate tragedy. As Mark Twain wrote:


Sometimes a man’s make and disposition are such that his misery-machine is able to do nearly all the business. Such a man goes through life almost ignorant of what happiness is. Everything he touches, everything he does, brings a misfortune upon him. You have seen such people? To that kind of a person life is not an advantage, is it? It is only a disaster. Sometimes for an hour’s happiness a man’s machinery makes him pay years of misery.

We cannot blame the Bergen. They are cursed with this emotional defect that befouls their species. Trolls will never understand it, they simply haven't any notion of what could cause it. We should reserve our pity for them. They are God's playthings, left destitute and barren only for the schadenfreude of the heavens. In the end, nobody can truly lift the burden of the Bergen.
Posted by Walter Sojda at 2:30 PM