Pop culture right now is rife with superheroes. You can't take a trip to the theaters without seeing at least 3 posters for upcoming films and a couple playing every timeslot. It seems like they've finally risen from the underground and entered our collective consciousness, and oddly enough this seems to be the same case somewhere apart from America, namely Japan. Though in film they haven't matched our numbers in the current superhero boom, they've made up for it with a rise in American-style superhero anime, like One Punch Man, My Hero Academia, and one that I think deserves special attention: 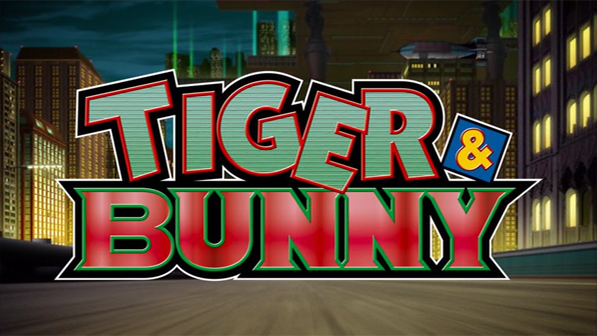 I know what you're thinking, "Tiger and Bunny? Is this Aesop's Fables?" Well look, Japanese naming conventions are just one of those things. Traditionally, Japanese superheroes are more along the lines of Super Sentai type groups, like the Power Rangers, and Magical Girls, being teenage girls given more or less superpowers to fight demons and whatnot, like Sailor Moon. Though that genre is receiving its own kind of special attention, I'm too masculine to be interested in anything like that. American superheroes are the kind we're most familiar with, where they fight crime, wear spandex, have superpowers, and deal with interpersonal drama. 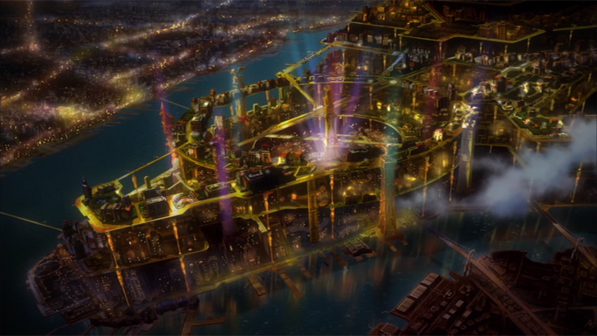 In one season and two films, Tiger and Bunny makes the most of the American-style superhero concept by being set in what's a close analogue to the US. All the text is in English, which they proofed with the localization team, and the city, Stern Bild, was loosely modeled after New York City, the most American city on earth. Oddly enough, all the heroes are corporate sponsored, (by real companies) which may or may not be a jab at the way America does business. I dunno, I'm not an economist. All the heroes star in what amounts to a reality show called HeroTV. They compete for points, gained by capturing criminals and saving civilians, which determine the winner for each season, named King of Heroes. They work for publicity, star in commercials, and one's a pop star. People who have superpowers are called NEXT, and they're pretty much mutants from Marvel, complete with revulsion from the general public when somebody's discovered to have powers. It's actually a rather cynical take for a superhero world, as compared with your usual idealistic teams of independent heroes. 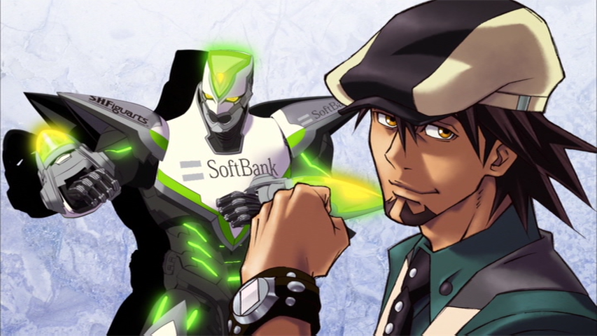 Our main character is Kotetsu T. Kaburagi, alias Wild Tiger, an old guy who's been a hero for a while, though he's well past his prime and public opinion has turned against him. His sponsor goes under and a bigger corporation agrees to sponsor him, provided he teams up with a new hero, Barnaby Brooks Jr. They have clashing hero styles, Tiger preferring to listen to his gut and disregarding property damage to save people, while Barnaby (given the nickname "Bunny" by Tiger) is concerned with gaining points and maintaining a good image. This Odd Couple-ish setup is where we begin, as different story threads develop and resolve. The rest of the heroes include Blue Rose, apathetic teenage girl and burgeoning pop star, Origami Cyclone, a hero who considers his job done if his sponsors end up in the shot, and Sky High, the charming and oblivious King of Heroes. 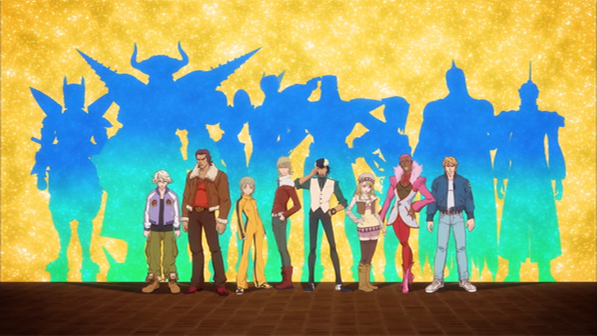 Before, I mentioned that the world this takes place in is cynical, which doesn't mean the show itself is. My favorite part of the show is how it presents idealism in a world that doesn't seem to allow it. Most of the heroes are concerned more with points or their image than they are about helping people. In the first half of the season, Kotetsu and Barnaby can hardly stand each other, much less act as an effective team. Kotetsu's a single parent; his daughter Kaede lives with her grandmother, and hates her dad for always breaking his promises. Barnaby's parents were killed when he was young and he became a hero to get revenge. 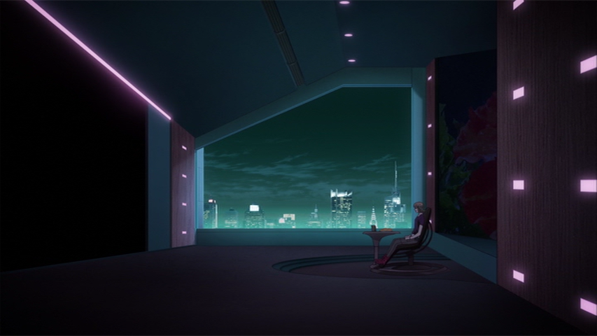 Despite all this, there's a core of hope that pervades the show. Wild Tiger's a holdover from a bygone age, like an ineffectual Superman stuck in a morally ambiguous Silver Age comic. The thing is, they start to understand what he means. Tiger became a hero to save people and despite how incompetent he can be, the other heroes change as a result of his ideals. Not only do Kotetsu and Barnaby form a better team, the other heroes learn to trust one another. Sure, it's schmaltzy, but I love that shit.

It's similar to why I love Spider-Man, or at least in concept. They're both pretty bad at their jobs, they mess up a lot, the people they're close to can't count on them for much, but they never stop trying. When the show begins, you'd be forgiven for seeing Tiger as a bumbling old idiot, but as things go on you understand his worldview, you see the sacrifices he's made to continue being a hero.

The first half of the show is mostly about Kotetsu and Barnaby learning to work together, along with little spotlight episodes about other heroes. The second half has a more Kotetsu-focused story, dealing more centrally on the problems of being an older hero. It even briefly looks at the problems of idols, where inevitably you find out their very human flaws. 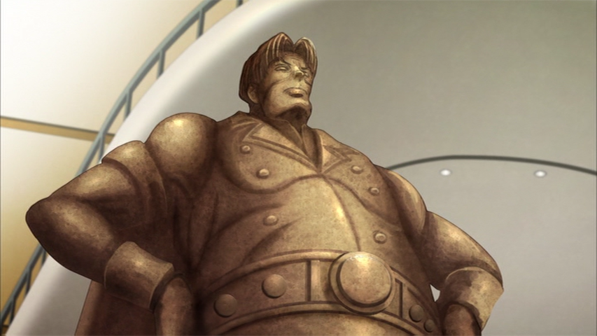 There's two films put out from the series, the first being a recap of the first half of the show with a slightly different ending. It's not really worth watching as long as you've seen the show, though the animation is nice and you find out some things they left out of the show. The second movie, however, entitled Tiger and Bunny: The Rising, is phenomenal. It's a direct sequel to the show, taking place not long after the end, where we see what's happened with our main characters, introducing a few more, and seeing how they deal with a new conflict. I love it. It expands on themes discussed through the show proper, like what justice means, how to be a hero, and how to abide by your identity when everything's against you. I can't think of anything more I would want to cap off this series. 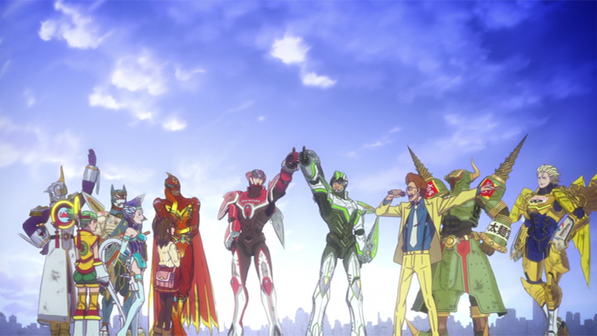 With gushing accomplished, I think it's important to know it's not perfect. If the buddy cop story seems cliche to you, it'll get old before its resolved. The one black hero is also the only gay one, and in the beginning seems pretty stereotypical, without a spotlight segment until the second movie. There's a lot left out if you don't speak Japanese, since there's a lot of supplementary material in audio dramas, specials and the like that will probably never be localized.

What I'm trying to say is, if you like superheroes, Tiger and Bunny is for you. It's not super long, so you won't have to invest the rest of your life in it, like some anime. It's on Hulu currently, and probably Crunchyroll, but who has that? Anyway, if you get a chance, I highly recommend you check it out!