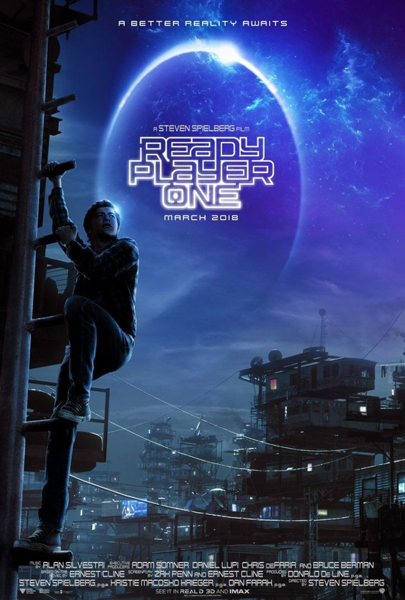 Ready Player One is Reference the Movie. Going in, I was apprehensive, but I warmed up to it eventually, it ended up being pretty charming. I mean yeah, the plot was derivative, the songs were all old, and it just kept naming old properties in an attempt to make you remember that they exist, but it seemed more original than I had heard.

Most of the movie was CG, which I assume takes place in the virtual world. I guess it looked alright. I didn't really get a lot of the characters, I think I must've missed the references, though for a few the materials referenced seemed really old. And not even, like, video games, which I thought was the point.

The bad guy was pretty entertaining to watch, what with maniacal schemes to kill a lot of people, though there were a few twists and turns in there that didn't make a lot of sense to me. Are there no police in this world? It seemed like nobody cared about what happened to these characters, but I guess it wasn't real life so whatever.

I didn't expect the whole thing would be a mystery plot, or take place entirely in CGI London. Did all their avatars have to be really small compared to the game world? The romance was odd to me, I thought these characters were supposed to just fall in love during the movie, but the way it worked out it's like they were already in a relationship before the movie began. That's probably more my problem than the movie's.

Now I know it's supposed to be full of old stuff, but the score in particular was bizarre to me. Like, yeah, 80's songs, but why did all of them have to be Elton John covers? Were they just too lazy to find other artists to use? And why was one of the main characters a Sherlock Holmes avatar? Another thing, where did this goddamn annoying frog come from? I hated it every moment it was on screen, but was it supposed to be from something? 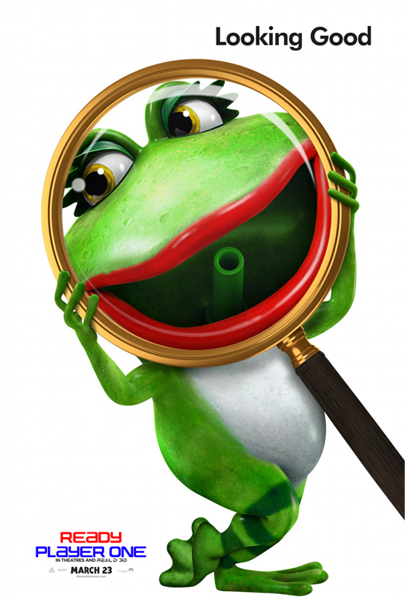 So yeah, I guess it was okay, but I really don't get what the hype is about. They made a whole bunch of alternate posters, and I think that misled a lot of people. This is the only one I found that actually looks like the movie. 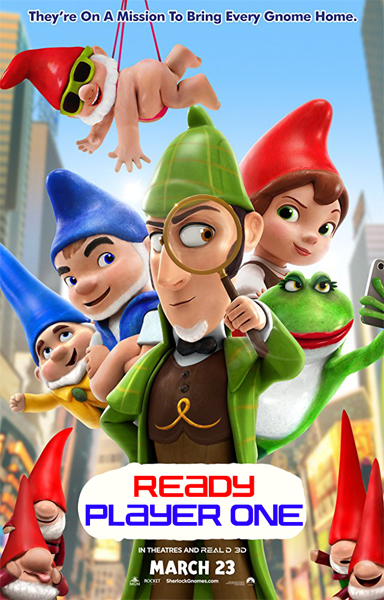 If that looks like your thing, I guess you can go see it. I just don't get it.
Posted by Walter Sojda at 9:35 AM