The media we use to tell stories are often just as important as the stories themselves. Books are fundamentally different than films, which differ from theatre productions and so on. They present characters, environments, and feelings in new ways, and being taken in by each can be a completely unique experience. One medium that's got me hooked is the concept album. Put simply, it's a musical album with a plot. Each song advances the story, introduces characters and the world, but works as an album in its own right. The plot can be lightly referenced, it could have dialogue segments between songs, and some have plot details written in the liner notes of the lyric book. Sometimes artists come out with just one concept album in between their usual fare and others build their entire brand on concept albums. They can even be adapted to the stage or screen, as Jesus Christ Superstar was; first a play, then a film.

What I'm trying to say is: I love them. Especially the ones that go full-bore with odd dialogue segments and cheesy lines all throughout. You can enjoy them as a normal album or listen a little more intently and figure out what's driving it. We're going to take a look at some albums worth looking at, starting with a prime example of the genre. 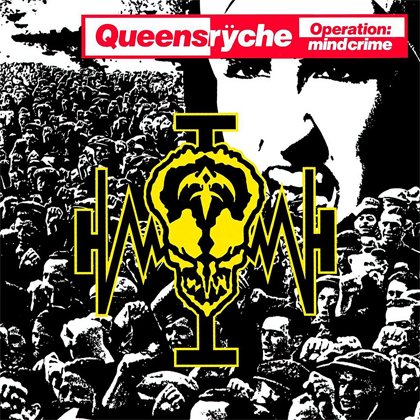 Operation: mindcrime is a 1988 album by heavy metal band Queensryche. It was their third album, the first concept they had done, and a commercial success. The narrative is told through the lyrics themselves with some window-dressing sound effects and speaking segments. The lyric book doesn't have anything extra, which makes it easy to absorb the story just through listening. Speaking of which:

The album stars Nikki, a young man who sees the world disintegrating around him, finds all institutions untrustworthy, and desperately wants it to change. [3. Revolution Calling] He's eventually drawn to a demagogue named Dr. X, who claims to lead a revolution that draws in the disenfranchised. After joining the aptly named "Operation Mindcrime," Nikki is conditioned by Dr. X to follow all commands after hearing the codeword, "Mindcrime." In return, Dr. X tells Nikki they'll supply him with heroin, one of Nikki's past habits, in return. [4. Operation Mindcrime] He becomes a hitman for Operation Mindcrime, and while he believes he's changing the world, [5. Speak] he eventually becomes overwhelmed by guilt and collapses into his heroin addiction. His only friendship is with Sister Mary, a former prostitute turned nun that supplies his habit, supposedly from Dr. X. [6. Spreading the Disease & 7. The Mission] Out of nowhere, Dr. X arrives and orders Nikki to kill Sister Mary and her priest, Father William. Nikki kills the priest, but is unable to do so with Mary. [8. Suite Sister Mary] Nikki decides to leave the organization and goes to Dr. X himself to quit, but Dr. X reminds Nikki that he's still under their control due to his drug addiction. Nikki begins to slip into withdrawl. [9. The Needle Lies] He intends to flee from Dr. X and Operation Mindcrime with Mary, but once he arrives at the church, finds her dead. [10. Electric Requiem] Nikki then stumbles through the streets, mad with grief and withdrawl, before collapsing and coming to at the church where Mary served. He is quickly arrested by the authorities, though he's not sure if he committed the murder or not. [11. Breaking the Silence & 12. I Don't Believe in Love] Nikki ends up in a state hospital under observation as a suspect, with severe memory loss and catatonia, seemingly as an effect of his prior conditioning from Dr. X. [14. My Empty Room] At the end, after recurring dreams of his past murders and misdeeds, Nikki regains his memories, bringing us to the beginning of the album. [15. Eyes of a Stranger & 1. I Remember Now]

The album is filled sentiments of the age that still resonate today, how institutions seem to be built against most of the population, that we're all exploited by our government and churches, and the feeling that a revolution, violent if need be, is the only solution. Further than that, it looks into the consequences of this mindset when one blindly follows another organization that claims to be able to fix these problems, where one ends up being used just the same. Methods of escapism like sex, religion, and drug use are all just further methods of control, designed to get one's money and complacency.

Religion and sex are power plays;
Manipulate the people for the money they pay
Selling skin, selling God
The numbers look the same on their credit cards


Money rules the world, and those who have it do nothing but strive for more profits. It's a bleak, depressing outlook which only seems to have gained traction since the album was released. There are bits of optimism, but those are quickly extinguished by the forces at work in Nikki's life. Sometimes a work with this tone can come off as childishly cynical, but the level at which it was told keeps Operation: mindcrime from falling into that trap. It doesn't lead you into believing it will turn out well, and we experience it all from Nikki's perspective. It's the fall of an idealistic person who wholly trusted something he believed would allow him to fix the world. It's a simple tragedy, and it's told beautifully. Speaking of which:

What can I even say? It reached Platinum three years after its debut, and for good reason. Geoff Tate is phenomenal on vocals, with a classic metal sound to his voice, each metal scream tuned to perfection. The guitars, played by Chris DeGarmo and Michael Wilton, are quick and frenetic, triumphant following Nikki's messiah complex and becoming more desperate as the world falls apart around him, as in "The Needle Lies." The drums, played by Scott Rockenfield, weave from a marching beat in "Anarchy-X" to pounding war drums in Spreading the Disease. In contrast to a lot of metal albums you'll find, the bass track, played by Eddie Jackson, is really pronounced in Operation: mindcrime, which is refreshing to say the least. There's a certain bass riff that appears when mention of Nikki's heroin addiction is made, and later reappears with guitar during "The Needle Lies," tying that thread together through the music. In addition to the usual metal band components, the album features a choir (Called The Moronic Monks of Morin Heights, hilariously) chanting "Dies Irae" in "Suite Sister Mary," which actually fits, since they're in a church.

As far as individual songs go, my favorites are "Revolution Calling," "Spreading the Disease," and "I Don't Believe in Love." All these songs work just as well on their own without necessarily connected to the larger story. I spent a long time with this album before I tried to figure out what was going on, but I still kept these on repeat.

Operation: mindcrime is just a great album, and the fact that it's a concept album only adds to its depth. On a recent listen I found out the whole thing is supposed to take place over a month, from a line of dialogue in the background of the first song. I can just keep listening and finding new things, not to mention appreciate that sick bass. Queensryche released a sequel, appropriately titled Operation: mindcrime II, in 2006, and I've been meaning to give a listen...
Posted by Walter Sojda at 12:22 PM