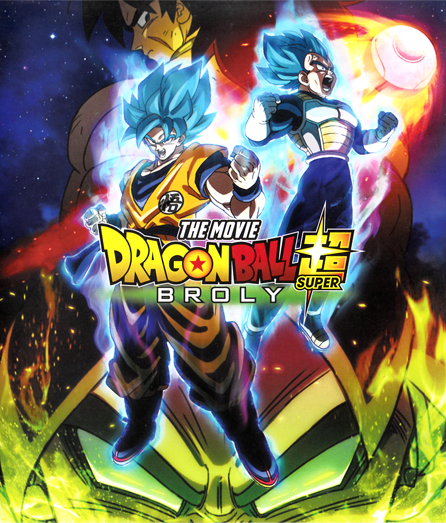 Dragon Ball Super: Broly is the best Dragon Ball film ever made. To most of you, that's probably not a very high bar. Nobody watches The Return of Cooler and thinks, "That should've won an Oscar." Of course, things have been a bit different since Dragon Ball was revived with Battle of the Gods, what with canon movies being released that have a bit more impact than the usual Who Cares Movie Villain stories. Not to say some of those haven't been enjoyable in their own right.

See, there's something DB movies do better than the serialized show most of the time, and that's pacing. With the show, you have a situation like Planet Namek due to explode in five minutes, but in-show it ends up taking around an hour. And that's in the compressed version! Things tend to be stretched out to build tension or explain what's going on, leading to fatigue if you're not a twelve year old boy and completely into it. The films, on the other hand, compress themselves a bit more, so Goku meets a villain, they fight, Goku seems like he might lose but at the last minute overcomes his limitations and kills the villain. It's simple, it's like a mainline dose of Dragon Ball whereas the show tends to be more like an I.V. drip. 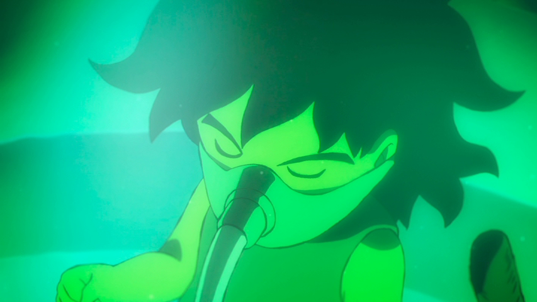 This pattern of the movies, though enjoyable next to the longer-form Dragon Ball stuff, does tend to get a bit old-hat as time goes on. And to their credit, each of the movies that eventually turned into Dragon Ball Super put a little twist on this. In Battle of the Gods, the film works more like one of the show's training sequences, where Goku comes out the other side with a new ability that would help him fight tougher foes later, like learning Kaioken on King Kai's planet. Sure, Beerus is mildly established as a villainous force, but nobody thought he was actually going to destroy Earth. In Resurrection F, we get the return of Freiza, and it's almost a complete anti-climax. Goku and Vegeta just have new forms which easily mop the floor with Freiza. The only source of tension was when Freiza blew up the Earth before they could murder him. And they just time-traveled to fix that. 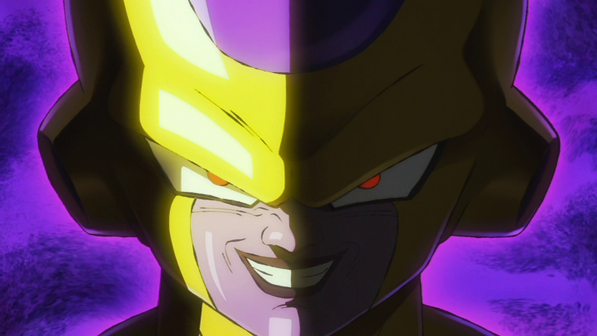 Broly, however, is an outlier in a few different ways. For one, as I mentioned in my trailer discussion, this is the first time a non-canon character was brought into the main continuity. Not only do they go that far, this one actually has flashbacks (and technically retcons) to Planet Vegeta before it was destroyed, giving us our first animated glimpse of Gine, Goku's mother. But the most important part, I think, is that it takes your expectations of a Dragon Ball movie, based on that pattern I mentioned earlier, and flips them turn-ways. 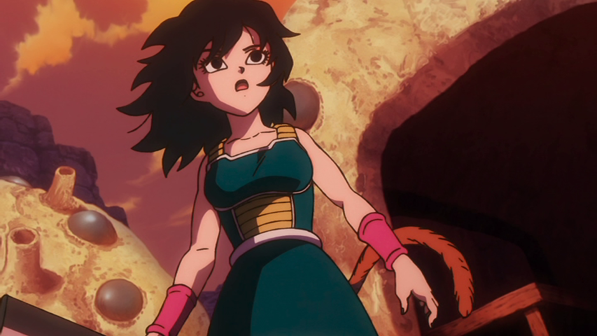 To wit: Nobody thinks Turles will live past the end of The Tree of Might. Even though the spectacle is enjoyable, we all know it'll settle back into the status quo when all is said and done. Even Freiza was killed again by the end of Resurrection F. Suffice it to say, it was unlikely that Broly would survive the film, especially considering how he fared in his DBZ movies. It was so deep an expectation in one's mind that one barely noticed it before the film. That's just the way things go. So right out of the gate, Dragon Ball Super: Broly throws a curveball. 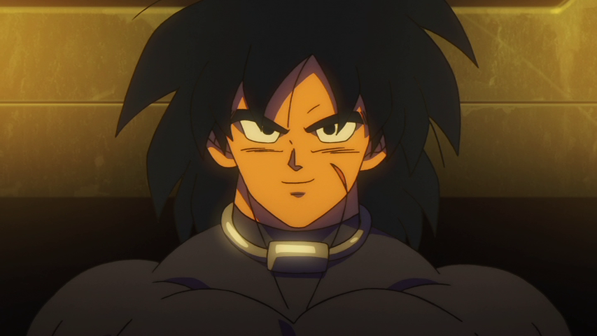 I don't mean that in the same way you like your usual Saturday Morning Cartoon villain. It's not as if he had a lot of charisma or stage presence, he wasn't sadistic and diabolical like the previous version of Broly. He was... innocent. Early on in the film, after establishing where Broly's been for the last 20-or-so years, he tells his new friends about the green fur he wears around his waist. It came from a monster who lived on the planetoid, Vampa, where Broly grew up. Broly would "train" by dodging the monster's attacks, but after a while a sort of understanding grew between the two. Broly named it "Ba" after the noise it would make. It was Broly's first and only friend for his entire childhood. Then Broly's father, Paragus, shot it with a gun. This severed the creature's ear and made it hostle to Broly and his father from then on. Broly wears the ear itself like a sash to remember his one and only friend. 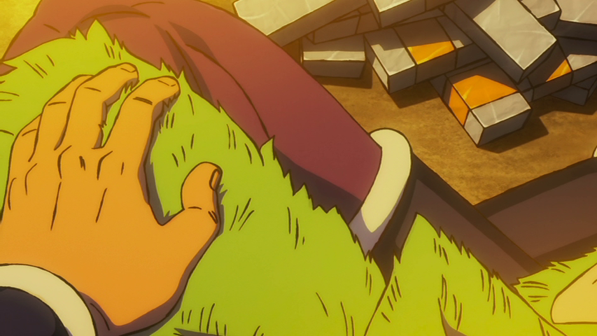 This little flashback is startlingly reminiscent of Goku from the early days of Dragon Ball. Both were incredibly strong kids, but they were happy enough to just have fun on their own and take care of themselves. With Goku, it ended with him making all kinds of friends and being a force for good, but Broly had a different outcome. Despite being exiled from Planet Vegeta, the presence of Paragus ensured Broly had a Saiyan upbringing. It was harsh, focused only on strength despite what Broly might've wanted. The parallels shared between Goku's and Broly's childhoods give you a sense of empathy towards Broly his first movie was sorely lacking. (But not for a lack of trying.)

Broly defends Cheelai, one of the people who rescued him from Vampa, from a drunk on Freiza's ship who was harrassing her. And you see that Paragus' method for controlling Broly is a bit more barbaric this time around. Instead of a vague control headband, it's a jury-rigged electrical collar that does little more than shock the hell out of Broly the second he steps out of line. It's no wonder Broly had trouble keeping control when under duress, he was handled no better than a wild dog. 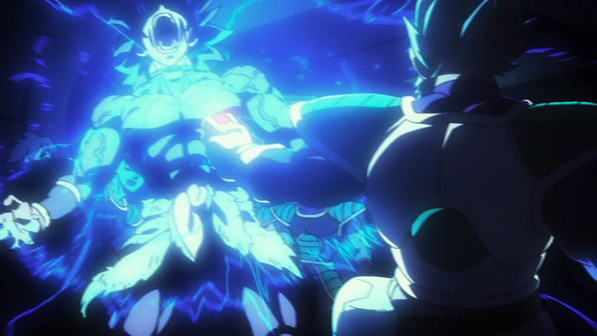 The point of all this is: Broly, of course, fights Goku and Vegeta. And for most of the fight, he holds his own. As our main characters slowly step up their power, Broly matches them beat for beat. And in the back of your mind, as you're watching the best fight scene ever animated, something nags at you. It's blatant how this usually goes down. Goku and Vegeta will pull out all the stops at the end and destroy Broly with a big ol' ki blast to the face. But at this point, you don't want that. Broly never asked for any of this, he's not fighting because he wants to rule a planet or because he loves violence. He's a mentally damaged pure soul who was railroaded by his father into becoming a killing machine. There's no question about whether Goku or Vegeta will survive, we all know they will. But to win, they would have to kill Broly. Eventually that fact becomes increasingly apparent, and by the time you realize it yourself, Cheelai's put it together and takes steps to save Broly. 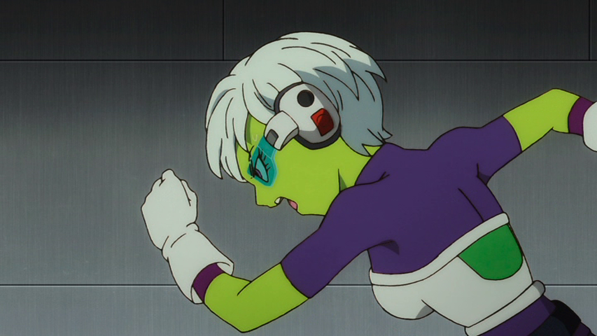 I hesitate to call it a twist; the film isn't intentionally misleading you. It's more apt to say the film subverted your expectations, but that's become such a loaded phrase I'm going to feel bad about even writing it. The kicker to all of this is that Broly does, in fact, survive. All the non-canon transformations of Broly people have been creating in their heads in the time since his first film could actually happen! There's the potential (but not guarantee) that he will be just as important as other secondary characters in the Dragon Ball universe from now on.

All of that is without even mentioning the stand-out animation on display here, some of the best from any Dragon Ball property I've ever seen. The movement, the flowing natural way they fight is what I imagined was going on in Z when all we saw were lights blipping about on screen. And they actually made the different levels of Super Saiyan distinct! I could write an entire other article just about how unique and important Super Saiyan God was in this movie, and in this movie alone. 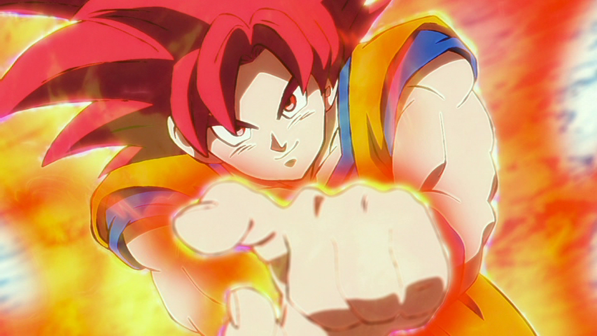 The score is a bit more controversial, it seems. It's a bit esoteric at times, with a voice track that just says the names of the characters fighting. Okay, it's downright goofy, but it takes itself seriously, and as you know with music that is just about all I ask for. I mean, hell, most of the film is a fight scene, I don't want the tracks playing to be subdued or boring. I want the weird shit where it seems like the film itself is cheering on Gogeta! 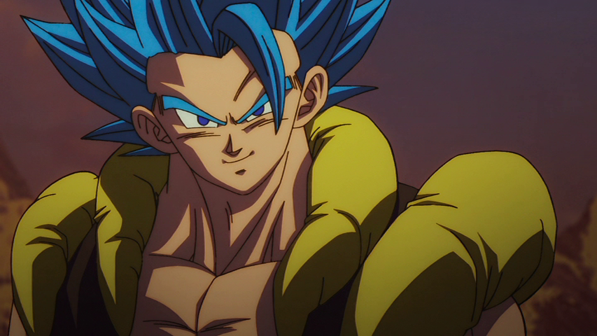 This film is just the perfect piece of Dragon Ball media. It took what I wanted (a fight scene) did it far better than my limited expectations could encompass, all while revamping a character I already liked, giving him so much more depth than his previous incarnation. It's a masterclass in Dragon Ball. I've already watched it five times already, and I'm likely to watch it more. From what I hear, the director of this movie will be working on future episodes of DBS, which is real good news to me! Obviously they'll be dealing with a smaller budget, but if we get the same amount of style, I am in. This film is must-see for anyone who likes Dragon Ball. If you're not, I have no idea. I dunno, give it shot, if you're at least a fan of animation there's plenty for you here. Since this doesn't seem like the end of Dragon Ball, I can only hope it keeps this level of mastery from here on out.
Posted by Walter Sojda at 10:50 AM