Hard Up For Mountain Dew 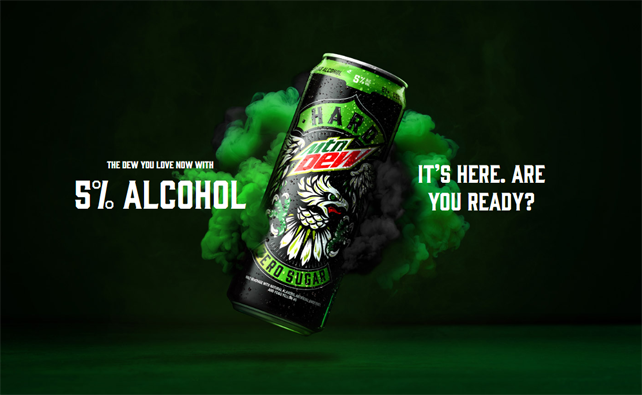 It was one of those weeks.

You could see it all over my mug. Hardly a jitney to my name, crabbed my chances with the last skirt I knew, and I was jonesing for a spot of hooch real serious. Yessir, I was out the fundamental D's, no dime, no doll, and no draught. All I had to take my mind off things was the ol' Twitter rag. They'd found some new patsy to dogpile, but that ain't none of my business.

That's when I got a telegram from an ol' pal of mine. Said he got a hookup for some new giggle juice from out of state. I asked him, what kind? I ain't no hop head, but nobody's calling me a bluenose neither. He told me it's no jake, some brewer made up something like Mountain Dew, that old fizzy we used to drink. Seeing as how I was dryer than the last broad I was stuck on, I was in no position to say no. He said he'll give me a ring when he's got the shipment.

With a new spring in my step I legged it down the main drag. Finally, something going my way. I passed by the drugstore, which gave me a hint of nostalgia. I could while away a little time in there, til my guy got the goods. I walked in and ordered a Dew from the soda jerk.

After my bit of refreshment, the soda jerk came up to me and said, "You look like a cat who likes novelty."

He gestured to some bottles behind the counter. "It's called Mountain Dew Zero."

I threw my hands up. "Well if you ain't got any why you offering it to me?"

"No sugar?! Sugar's good for you! Next you'll be telling me they're taking the tobacco outta my cigars!"

I put up a stink but the kid had me pegged. I'll try anything once. He gave me a bottle and I was on my way.

Later my pal let me know the stuff came in and arranged the transfer. Had to be real hush-hush, couldn't let any coppers catch on. So on a certain street we were gonna hand it off real subtle-like. On the stem I saw him, looked like he got a cat on his back. Rushing through like he had somewhere to be in a hurry. But when he got close he shot me a little wink, and quick as a cannon we made the handoff. I hammed it back to my place before any dicks could catch wind, and settled myself down to get zozzled.

Once I got settled a took a look at my stash. Pretty sad to look at, but when you're a flat tire like myself you take what you can get. 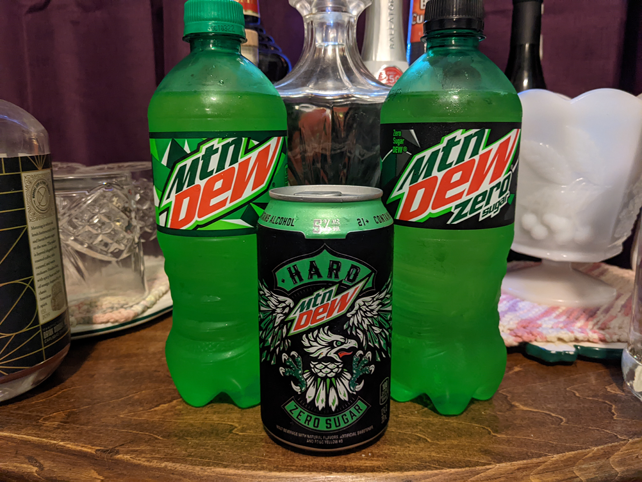 I figured I may as well get a move on. Let's see what this brewer made up. I poured it into one of my ritziest glasses. 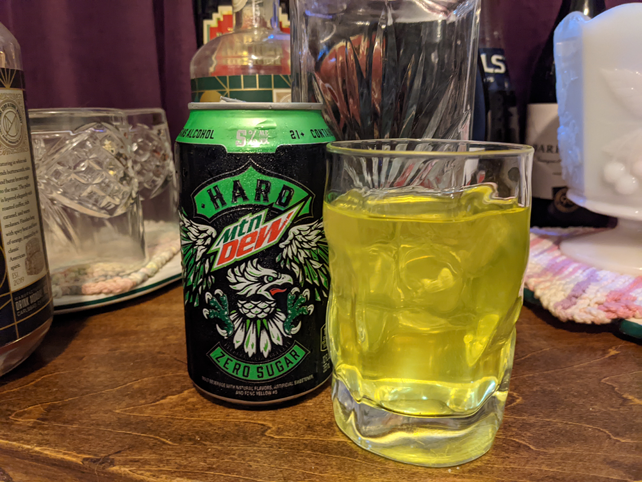 Now I don't care where you are, that's a dingy color for a beer. Last time I'd seen anything like that was that French giggle juice, it was called abcess or something. I gotta tell you, one sip of that and I gained a lot of respect for those Frenchies, if they're guzzling that down on the regular. So I had flits of the green fairy in my noggin when I took a swig.

Now, I've had some rotgut in my time, even a spot of bathtub gin or two. But one slug of this and I got the heebie-jeebies and started checking my vision. I don't know if I've ever tasted anything so bitter in my life. My ma used to wash out my mouth with soap when I cussed, and that's the closest I think I've gotten. I needed to get this taste outta my mouth, so I popped open the Zero. Any other time, I think I would have hated it. Had an odd taste to it, but it didn't taste like poison, so it may as well have been the finest bourbon to me.

The whole deal looked like it was a put on. I got some kind of tainted brew and a soda that weren't much better. That put me in the dumps, which made me want a drink. I think you probably know where this is going.

Yeah, I drank the whole thing. I didn't like it, but I sure don't like being sober neither. And there's good news, I ain't blind yet. But that don't mean I'm gonna have it again. 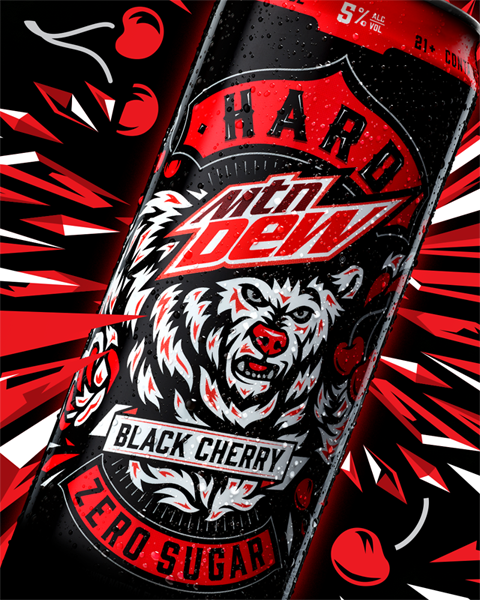 Hold on, there's a cherry one? Lemme call my pal.
Posted by Walter Sojda at 11:03 AM