UPDATE: The MTV video is out, and my interview is in it! Woo!

Okay guys, I just went to one of the most exciting things I've ever been a part of! I managed to make it down to NYC for the mission this weekend, and I gotta say, it was worth it!

Firstly, we met at a toy shop specified in a phone call to that cell phone I mentioned in my last post. It was also specified that we wear the hoodies. Once there, we were assigned roles in the mission to come, that mission being to spread the word of Spider-Man by spreading the mark, as seen on the hoodies, and at this point, around New York. 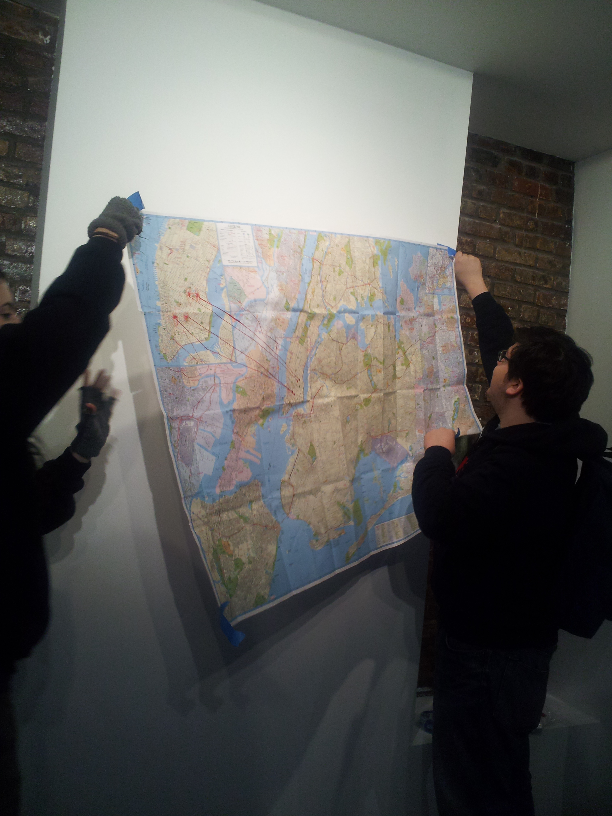 So we all piled into a van, which brought us to 4 different locations. At each one, we used a stencil to spraypaint a giant spider symbol onto the wall, while other people handed out little cards with a QR code that points to Mark of the Spider-Man 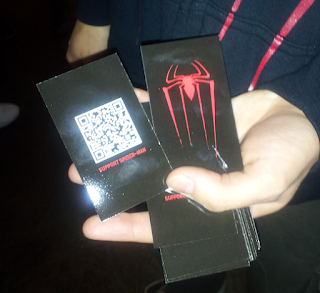 The people running the event were really awesome, making sure we got the job done and took tons of pictures and whatnot. Everyone who showed up was really nice, and we all had a fun time posting for pictures and yelling about Spider-Man. 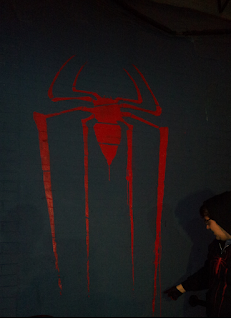 An online journalist (Josh Wigler) for the MTV Splash Page got a lot of footage, including interviews with a few of us.

At the end, we all got t-shirts with the same logo as the hoodies, and little painted things signed by Mark Webb, the director of Amazing Spider-Man. 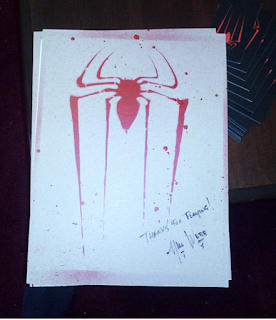 I know I'm hanging that on my wall when I get home.

At any rate, I know I had fun, and if there's any further viral marketing type things with this movie, I'd be very likely to be a part of it again. I mean, really, they made me doing a bunch of work for them seem like a fun rebellious time. If any videos pop up, I'll be sure to post them here. So until next time, this is the W Defender!
Posted by Walter Sojda at 2:01 AM