Madea Goes to Jail and the Transience of Identity

Picture this: It's late on a Saturday night, you are bored and want to watch a movie. But not a good movie, because there is something wrong with your brain. So you head over to [STREAMING SERVICE] and you see a film you've heard of, and one you're pretty certain you have a good hold of despite that. Madea Goes to Jail. What follows is a harrowing experience that can hardly be represented in words. But I guess I'll give it an shot. 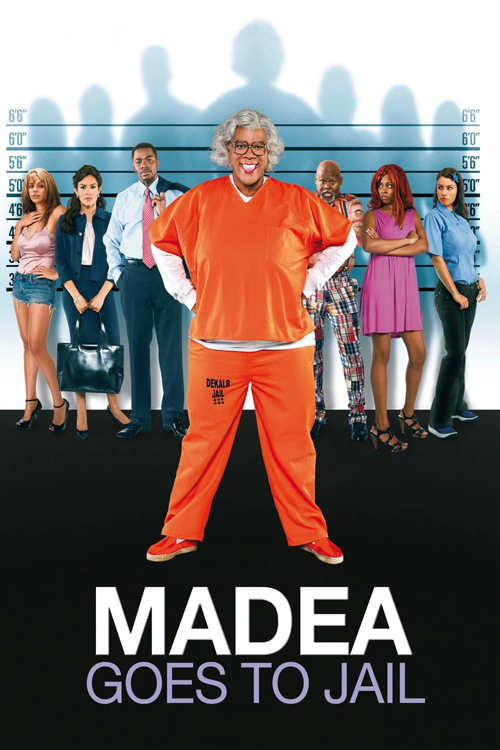 Initially, the film presents itself as what one might expect. Madea, played by Tyler Perry, is an ornery old lady who apparently fucked up one too many times, and now is going to jail to meet a wacky cast of characters and learn a lesson or something. But then Madea leaves the courtroom. We stay and watch some completely separate characters. The actual main characters. Candy is a sex worker brought in on prostitution charges, and the prosecutor, Joshua, recuses himself as he knew her at some point in the past. What follows is a crash course in human misery, as every bad thing that could happen to a person happens to Candy. After one night back working on the streets, she is abducted and raped by a pimp, who plans to hold her captive until she escapes and seeks shelter with Joshua. When a local minister sets Candy up for a job interview, the man interviewing her sexually assaults her.

I could go over the laundry list of calamity that befalls Candy, but I think you get the point. What makes this film so bewildering to watch is that each of these scenes of tragedy is interspersed with scenes of Madea and her family being zany. You settle into the tone being dark and emotionally wracking, then Madea shows up for a sassy back-and-forth with Dr. Phil. It is impossible to get your footing with this movie. The listing says "Comedy." The description mentions nothing of tragedy.

What is the deal with this? I must mention I had never seen a Tyler Perry film before. Everyone I spoke to who has seen one of his films sat back like a jaded old schoolmaster and said, "Oh yes, they're all like that." One person's only comment was that it was a "funny movie." How could someone see every heart-wrenching event that takes place and come away with a bunch of yuks? It's simple. It's all in the name.

This film is billed as a comedy, and so that is what people see of it. Once they see Tyler Perry's name, they gloss over the details. Madea is a (supposedly) funny character, and her name is in the title, ergo the movie is a funny film. The content is almost irrelevant when we have nice little titles and genres to tell us what it is.

When does description cross the line into prescription? Is the film a comedy simply because it is labeled as such? Is it a comedy because it has some funny parts? Can it be a comedy even though most of the runtime would be better described as drama? Too often we take things by appearance, by how we think they should be sorted on first glance.

Most of the time with media, that works. If a movie is billed as a comedy and stars a comedic actor, we get what we expect. Sure, one or two sad things might happen in the film, but its primary purpose is to make you laugh. You pick what you want and that's the end of it. Life is rarely that simple.

The worst experience of your life can follow a moment of rare gaity.You can find yourself laughing at a funeral, mere minutes after crying the hardest you have ever cried. People can call you one thing your entire life and one day you realize you never fit in that mold at all. Films are made with intent. Indie or mainstream, somebody wrote a script and a bunch of people took their time to pick what parts they wanted in it until it appeared on your screen. Life has no intent. Things just happen. People just are.

The moral of Madea Goes to Jail arrives late in the film. While Madea and Candy are both incarcerated, Madea tells the group that you cannot be a victim, that you have to take responsibility for the things that happen to you. Shortly afterwards, both Candy and Madea are released from prison when it is revealed that the prosecutor has been padding charges, making all the cases she litigated invalid. Not a single thing about their escape from that situation was in their control. The film expects you to believe this moral it espouses while directly contradicting it with events portrayed in the film itself. It bills itself as a comedy, while bombarding me with more unfortunate events than those billed as dramas.

The labels we use are so inadequate at capturing life. So few things can be boiled down to a couple easily comprehensible terms. But we need them. You can't just think about everything all the time. We have hobbies, jobs, people to meet and things to do. You have to boil things down to handle everything being thrown at you day-to-day.

But there are times when you can't. When the words you used to describe yourself turn into a prison, a list of dos and don'ts. When the things people have said to you don't match up with what you can plainly see. When you've been submerged in an ocean of easily classified Comedies and Dramas, there falls into your lap that which defies these conventions. And though every signpost and label says it's one thing, you know it's not. It is not so easily categorized. The only question is:

Where do we go from there?
Posted by Walter Sojda at 12:18 PM