I hear the calls, the pleas, for people to know what their most obscure Spider-Man obsessed weirdo thinks of these new Spider-Man properties on the horizon. Worry not, for I have come to answer the call. Let's see what this shit's about.

Seeing as how I really liked the first game, I have high hopes for this one. I haven't played Miles Morales yet because the PS4 version seems to be not-great in terms of performance, and I'm not buying a PS5 until they make a Spider-Man version that bundles with the new game. No Elden Ring for me until 2023.

For obvious impressions, looks like we'll get Kraven and Venom as villains in this game, which in most other media I would find to be too much, but the first game balanced a lot of villains at once and did a real good job, so I'm not worried. Kraven as a big bad would be cool, but he might just be a first act villain to be replaced by... Venom? Doc Ock wasn't in the trailers too much, so there's likely a lot of surprises ahead. 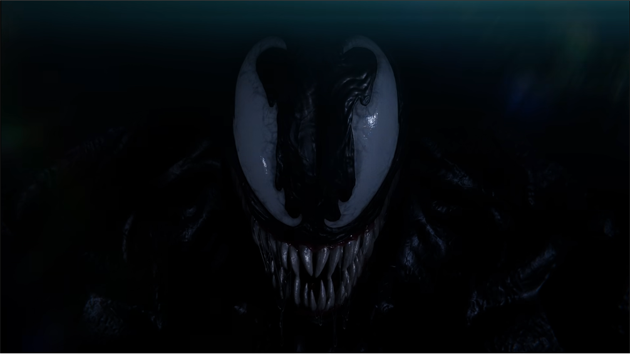 Now, who's gonna be Venom? The post-credits sequence of the first game hinted the symbiote was being used to cure Harry Osborn of whatever disease he had, so he might be a likely candidate. They could introduce Eddie Brock, flesh him out as a normal guy before the symbiote gets all gooey on him. It's pretty much a sure thing that Peter will get it first, because that's the kind of blatant fanservice the first game was so good at.

On a more speculative note, how's Miles Morales going to factor in here? In the middle of the trailer it looks like Peter and Miles are performing a takedown together. Could this mean co-op? It could just mean Miles is an AI-controller partner, like your Last of Us or something, but co-op is my dream. Two Spider-Mans, working together! That would be so rad. Normally I'd be a bit mad at the 4 robot legs Spider-Man sports during a couple clips in the trailer, seeing as how they're either a Superior thing or a MCU thing, but there was already a suit in the original game that gave you robot legs for a short time, so I can't be too mad.

At any rate, glad we're finally getting something about it, and hopefully we're all still alive by 2023.

On a more recent note, (And I mean really recent)

Venom 2! I had some problems with the first one, but over time I've come to appreciate it a bit more. At least they didn't make the symbiote some symbol for inner darkness, instead it's just a shitty asshole in the form of goo who calls Eddie a loser. You take what you can get.

Carnage has been a sore spot for me since they announced that Woody Harrelson would be Cletus Kasady. For reasons I do not have time to explain, I hate Woody Harrelson. For reasons I have just enough time to explain, he's not great for Carnage. Cletus is supposed to be a young, wiry guy, full of twitchy psychopath energy. Harrelson is old. I honestly think Robert Pattinson would have been a better choice, but unfortunately for all of us, he's Batman.

I was wondering how they would give Kasady a symbiote, since it's not like Cletus and Eddie would be sharing a jail cell, and it looks like they just had him fuckin' bite Eddie. It's pretty a pretty crazy thing for a crazy man to do, but... does it make any sense? I might be asking the wrong questions. 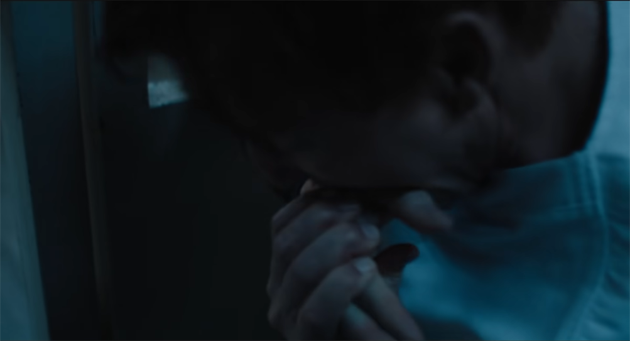 I like how even though Venom is clearly the symbiote wrapping around Eddie and making him all buff and big, Carnage looks to be made entirely of goo, so much so that he can just open a hole in his chest. Hopefully when the fight starts it's a little less confusing than two very similarly colored lumps of goo smashing into one another.

There's a couple shots of Shriek in the trailer, probably in the same prison as Carnage. In the comics they had a relationship, and it seems pretty likely here too. I'm anticipating what they'll do with that whole thing. Since the first Venom wasn't so bad in the end, I'm not dreading this. Whether or not I'll see it in a reasonable timeframe is a different matter.

Now for the bad one.

Listen, I am willing to admit this is just me. I'm the malcontent here. But MCU Spider-Man. I don't like him. The last two movies have been him fighting Iron Man villains, either trying to impress Iron Dad or following the orders of Grandpa Fury. Hell, in Far From Home it seemed like he didn't even want to be Spider-Man. And don't get me started on the glasses!

The point is: MCU Spider-Man and I don't get along. And I wasn't too enthused by the reveal of yet another new suit before the trailer even dropped. So, in the context of my regard for the previous two films I want to say:

This doesn't look as bad.

Sheesh, at least this is Peter doing a thing on his own that he just wants to do, even if it's not crime-fighting. It really seems like he doesn't want to fight crime. But! Dr. Strange is more like your free-wheeling uncle who takes you to the old record shop and lets you have ice cream for dinner, instead of someone telling Peter what to do yet again. That doesn't utterly offend my sensibilities.

By now everyone's heard the rumors about this film featuring the two previous Live Action Spider-Man iterations, and every day that seems more likely. Especially considering Alfred Molina's back. I know a lot of people are real hyped for this, but once again I'm the needless contrarian. I want to make this clear, I loved Spider-Verse. It was phenomenal, the best Spider-Man movie ever made. So the last thing I want is a watered-down Disney bullshit take on it, where nobody on the production gets Spider-Man the way I do. Into The Spider-Verse got it.

I don't care to speculate too much on what form this multiverse is going to take. Maybe they'll just mash up all the previous universes by the end so we get Electro and Doc Ock in the MCU. It would be fitting if Spider-Man's new villains aren't even his again, they're just the villains of alternate-universe Spider-Men. I would like to see Andrew Garfield again, since he's my favorite. But overall I'm just not that excited. In any case, I don't know what the release situation is gonna be for this, theaters? Streaming? Both? It looks like they're aiming for a theatrical release, but as I think we've all seen the deadly virus propagating through the countryside doesn't really care what movie studios want. Ah well. I'll see it eventually.