Hey everybody. Finally got my Protomen CD, so the review is upcoming. This post, however, is about something completely different. Namely: Spider-Man: Shattered Dimensions.

More Spider-Man: Shattered Dimensions News & Previews
Oh yeah. If you didn't know, what's Spider-Man Noir there, from the Marvel Noir universe, where it's depression era, and gangsters are gunning people down, then there's Spider-Man there, looking all awesome. Now, it looks like it's going to be a sort of sequel from the guys who made Web of Shadows. And that excites me, because 1. I am a Spider-Man fanboy. and 2. There were only a few things keeping Web of Shadows from being a truly awesome game. Now, what kept WoS down? A big part was the repetition. At times they expected you to do the same exact fighting move many many times in a row. Sure, you had the black suit, but that only gave so much. Shattered Dimensions, on the other hand, looks like it will have much more variation. It looks like in the Noir parts, there's actually a stealth aspect, which one wouldn't usually expect from a Spider-Man game. But that bit of something new is exactly what Web of Shadows needed. 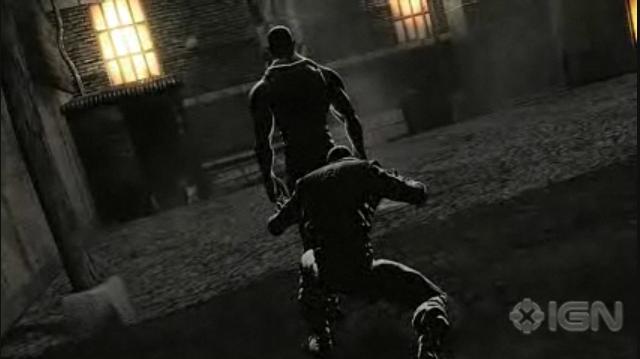 The second thing that left a bad taste in my mouth about WoS was the mission system, in that all you ever did was what people told you to do, which usually was along the lines of "Kill six snow moose" or something. Point is, the missions were boring. Hopefully this one will have a little more variation in that field as well. Oh, and did I mention the voice acting? Spider-Man's was terrible, he sounded like more of a girl than a man. They remedied that, at least for Noir, by making Spider-Man's voice actor sound like Crispin Freeman! Otherwise known as the VC of Seigfreid from Soul Calibur 3, and Electro in Spectacular Spider-Man. Oh yeah. From what I can see in the trailer, they took Mainstream Spider-Man out of the big city, which might be a bit jarring, but since that's the only place Noir will ever be, it could work. 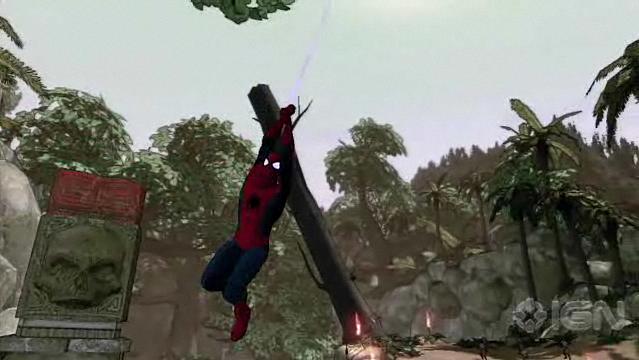 So right now there's Mainstream Spider-Man and Spider-Man Noir. There's two left, and since they really threw a curve ball by having Noir in a game, it could be anything. I'm willing to bet Spider-Man 2099 will be one of the other two, and with the last one, maybe Spider-Girl? Or Ben Reilly? Also, considering it's called Shattered Dimensions, I imagine there'll be some sort of crossover in there at some point. If there's good writing, I'd actually like to see Spidey's reaction to seeing his Depression-era self.

Anyway, I am super-excited for this game, mostly because it looks like a Web of Shadows with a lot more to it, so I won't get bored doing others' dirty work. I'll undoubtedly post an update about it when the next trailer comes out. So until next time, The Spider waits...
Posted by Walter Sojda at 11:16 AM