I furtively dialed a number with shaky hands. Glancing from side to side, making sure nobody was watching, I resolutely hit the call button.

"Thank you for calling Pizza Hut, how can I help you?" said the disembodied voice. An unwilling accomplice to my heinous premeditation.

"Hi, could I order the, uh, the Cheezit pizza"

"You want the Stuffed Cheez-It Pizza?" they asked, blasé in the face of the uncanny.

Taken aback by my curtness, they began the next statement with an extra gentle tenor.

I sighed, and a single tear ran down my cheek.

What is rock bottom? Is it a place? A feeling? Can it be a food?

Is it this food? 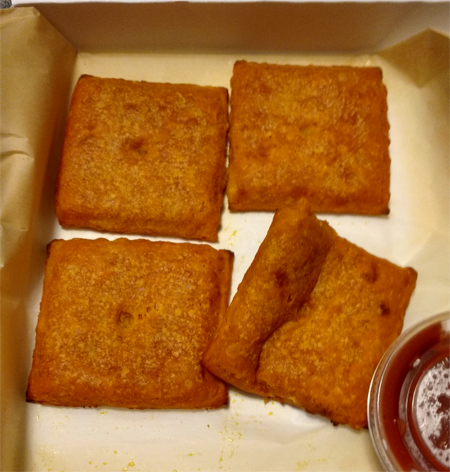 After a certain point in life, you assume you know how the world functions. Most of things you deal with day-to-day make sense. But then you start working a night shift and the most deranged minds on the planet gain employment at a pizza company R&D department. Day is night, dinner is breakfast, and everything you came to trust comes crashing down beneath you. As hard as I try, I cannot wrap my head around how this was meant to be a pizza. They couldn't even be bothered to use the one culinary term that gives one carte blanche to do as they wish, "deconstructed."

This idea, and I'm ashamed to admit it, wasn't doomed from the start. Burger King has had, on a few occasions, the illustrious Mac n' Cheetos, another snack melded with comfort food into a brobdingnagian chimera. But it worked. It was essentially just deep friend mac & cheese, a state fair staple, but breaded with Cheeto dust. I've always scrambled to get it before it discontinued again, but little did I know it seeded a virulent idea in some disturbed individual.

There's one thing, and one thing only, I am willing to give Pizza Hut credit for. 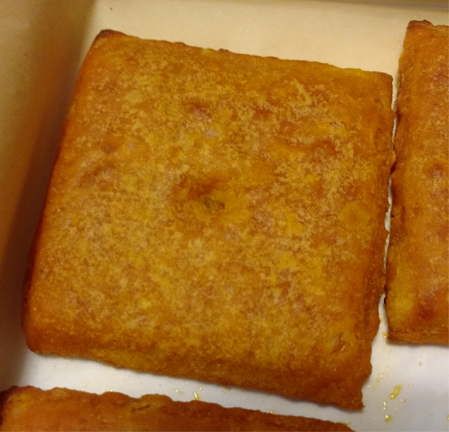 When one cooks, it's important to have varying tastes and textures put together that mesh well with one another. You have the crust on a cheesecake, pasta in soups. What you do not do, is take a cheese-flavored cracker, turn it into a crust, and fill it with substandard pizza cheese. But unfortunately for all of us, that is what transpired. 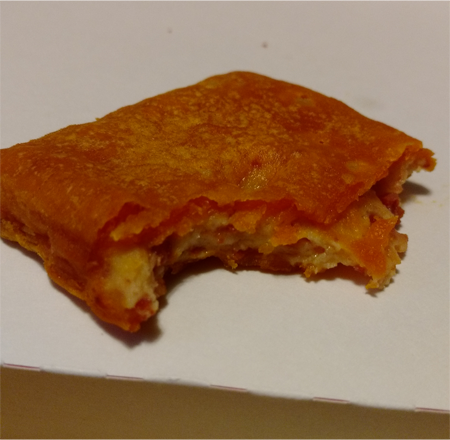 In the interest of pure inquiry, I first took a bite without availing myself of the proffered marinara. I soon saw my mistake. For one instant there's the alluring taste of a beloved Cheez-it, but then it's gone, like a kiss on the wind.

Then there's nothing. It's an undifferentiated mass of grease and something I could, only after rigorous investigation and soul searching, describe as cheese. They could have put anything in there! The supposed lifesaver of this dish is the marinara, a condiment I am quickly associating with culinary failure. With merely a dip, you transform the bland tasteless chunk into a chunk that tastes like marinara. That's it.

Why did things have to turn out like this? Just because something seems like a good idea to the guys in marketing doesn't mean you have to put it in production and actually sell it to innocent people. We have to learn from this, as a society. There must be a better way! 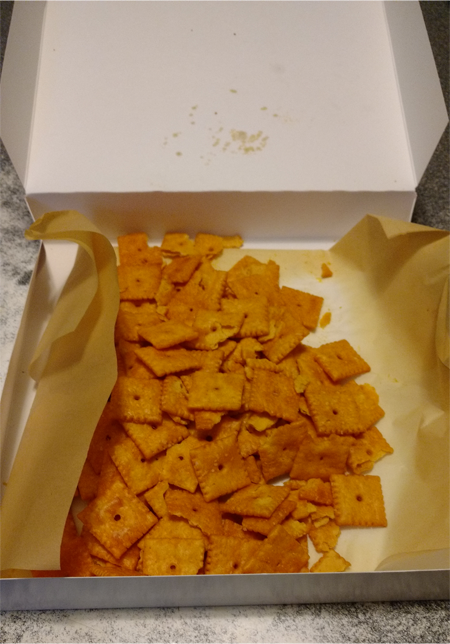