Spider-Man Can't Have a Sidekick

Welp. That's it. I quit. This happened. Spider-Man. Gets. A sidekick. 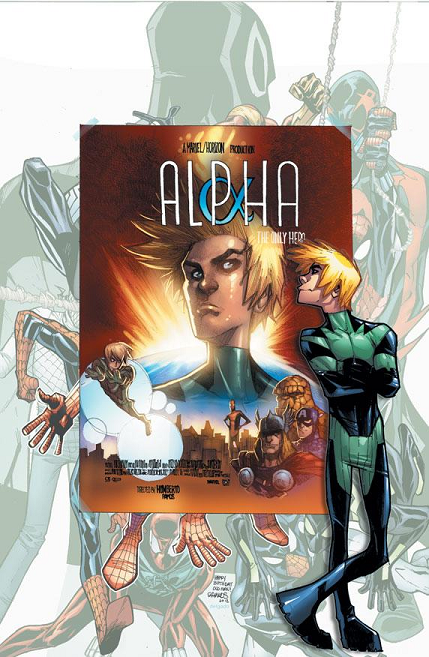 I cannot believe they are doing this. This is such a fundamental mistake, it never even occurred to me that they may make it. I thought they might give him a new costume or something. I thought you couldn't make a worse mistake than Spider-Men. And yet, here we are. Sidekick. I don't know where to start with this.

Spider-Man is not a hero to have a sidekick. He's not the hero that pals around with a kid, making that kid get in the path of bullets. Having a sidekick means willingly putting someone else into a dangerous situation that usually only you would have to deal with. Spider-Man would feel obligated to making sure said kid didn't get hurt during any of the fights or danger, and that would be a hamper to Spider-Man's effectiveness. If the kid definitely won't get hurt, why does he need Spider-Man? The Spider-Man I know wouldn't say, "Oh kid, you got superpowers? Well, time to put on some tights and get shot at!" He knows, himself, how shitty being a superhero is. He wouldn't wish it upon someone else. Yeah, it has its perks, but it ruins his civilian life immensely. If someone is intent upon becoming a vigilante, he's not going to tell them no, but he won't start a long working relationship with them. The minute Spider-Man gets a sidekick is the minute he becomes a father.

See, this is the worst part, it negates the only good part of Brand New Day! I'm not saying it was good, but at the very least it allowed him to start fresh and maybe seem a little younger. This ages him more than anything else could! He's now tethered to this kid like a ball and chain! A sidekick works for Batman because Batman is dark and gritty, so a little innocent kid around helps him see past that and embrace the warmer parts of his character, and the whole fatherhood angle fits in well with the way he protects Gotham City. Plus, Batman trains them like hell to be like him. Spider-Man is meant to be freelance. Look at Spider-Girl. The only reason he lets his daughter go out in spandex and fight crime is because he has no leg, so he can't.

I can understand making a new hero, but don't tie him inextricably with Spider-Man. Spider-Man wasn't about learning lessons because people told you. Spider-Man was about learning the lessons that couldn't be told by making mistakes, and improving, and trying harder each time to do the right thing. He didn't ask adults for help. In fact, most adults were actively trying to stop him or just didn't understand what he was doing. For Spider-Man to then turn around and start giving lessons to some kid who got superpowers is contrary to the point of Spider-Man.

This is why I didn't like the new Ultimate Spider-Man comic or cartoon. In it, Nick Fury is explicitly telling Spider-Man what to do, how to do it, and just giving him school lessons on how to be a superhero. Spider-Man is just handed things and and a lesson plan and he screws up a bit before finally he wins the lesson and Fury is happy with him. This is terrible, because it takes away the freedom of Spider-Man. It takes away his individualism, which is a fundamental part of the character. He made the suit himself, he made the webshooters himself, he fights by himself, he makes mistakes by himself. Spider-Man was never about him being taught how to do everything right. It was about Peter Parker learning how to do things the right way by screwing them up.

I can only hope this is just another character that they will happen to introduce in Spider-Man. It's happened before. If they have a little team-up like Spider-Man is wont to do, then I'll be fine with it. But if this is permanent, this may be even worse than One More Day.

EDIT: I just remembered, Stan Lee made Spider-Man originally as a counter to sidekicks of the day! In any other comic book, a kid that age would have been a sidekick to an older hero, but Stan Lee hated that idea, and so made Spider-Man with that in mind. This is a spit in the face of the original concept.
Posted by Walter Sojda at 10:10 PM